At http://phys.org/print379344355.html … ESAs Rosetta spacecraft beamed back data from the atmosphere, or coma of Comet Churyumov-Gerasimenko with evidence of a crystalline form of ice known as clathrates – see the April issue of Science Advances  journal. The mystery is that if the comet is composed of building blocks of crystalline ices and clathrates the comet must have conglomerated near the Sun – in the proto solar nebula. Water clathrates contain gas molecules – volatiles locked inside. Unable to sample the interior of the scientists can only study the composition of the coma.

At http://phys.org/print379313661.html … has more on Comet Churyumov-Gerasimenko. Rosetta's 'Visible and Infra Red Thermal Imaging Spectrometer' (or VIRTIS) detected changes in the colour and brightness of the comet as it was buffetted by solar influences. Older dust on the nucleus was ejected and fresh material was exposed. 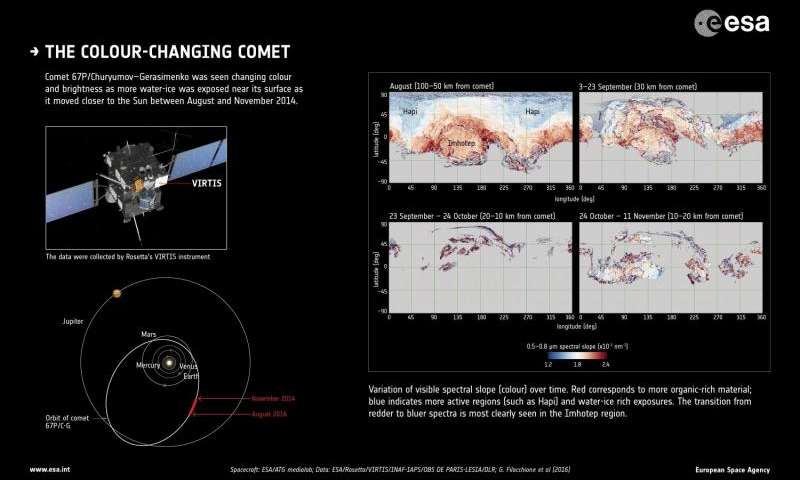 Does that mean it ceased to be coal black?