At http://phys.org/print383295806.html … are mystery Mars plumes caused by space weather? Back in 2012 a cloud like plume was spotted high above the surface of Mars. The orbiting spacecraft was not in a position to analyse what had happened but the Mars Express did make measurements of plasma and solar wind activity. It seems a huge CME event struck Mars. 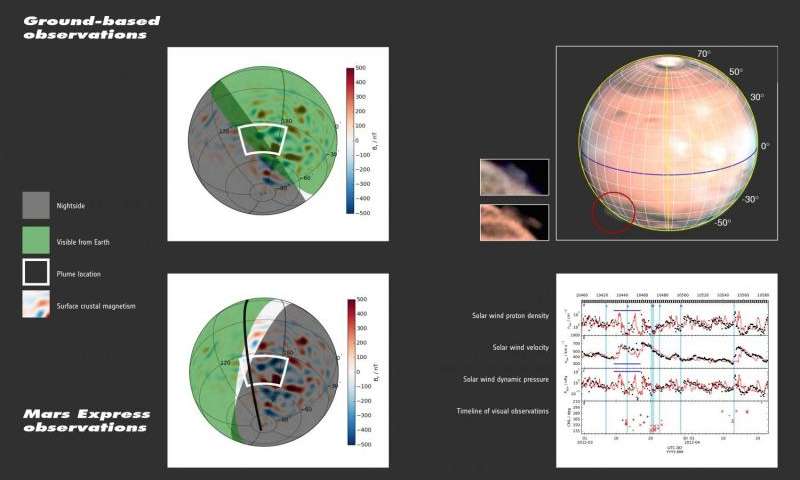 At http://phys.org/print383315475.html … scientists are looking for a link between black holes and dark matter

At http://phys.org/print383316852.html … Hubble spots 'clues' on the birth of supermassive black holes- two objects in the area of the sky thought to be the 'early universe' (contracting the expansion)