At http://phys.org/print383580189.html … the amino acid glycine was detected by the Rosetta Mission to Comet Churyumov-Gerasimenko according to a paper in Science Advances (May 2016). Another ingredient was phosphorus – two key elements of DNA and cell membranes, which suggests comets have the ability to deliver key molecules and set life in motion. More than 100 molecules have been detected in various comets and in their dust and gas clouds. These include many amino acids.

At http://phys.org/print383560918.html … bright spots on Ceres are still intriguing scientists. They seem to brighten during the day for some unknown reason but it is apparently a reflection of light that can be see. One hypothesis is that the observed changes could be triggered by the presence of volatile substances that evaporate due to solar radiation. Another theory is that water just below the surface, or clathrates, that is causing the phenomenon. What seems to be a possibility is that Ceres is internally active – and scientists think it is rich in water.

At http://phys.org/print383471074.html … a paper posted at arXiv.org discusses interpretations of data on asteroids from the NASA NEO-WISE mission which seems to have ruffled a few feathers.

At http://phys.org/print383493030.html … is about how a huge landslide shaped Zion National Park in Utah. This is a reference to the Zion canyon, a flat valley that was formed when half a surrounding peak decided to collapse into what was a steep jagged ravine, probably V shaped. It created a dam which led to streams of water from the surrounding peaks forming a lake. 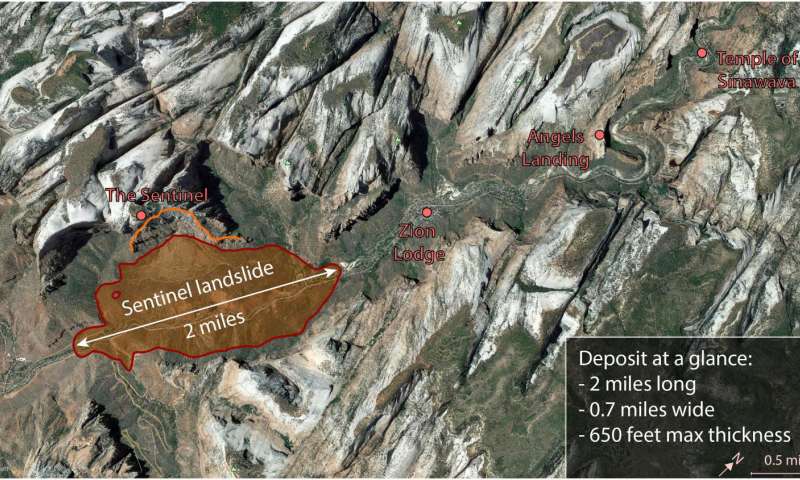 Eventually the lake filled the cavity up to the rim – but from the moment it began to flow over the rim erosion began and eventually all the water in the lake was lost leaving behind the tourist hot spot, a lovely flat valley floor. The landslide has been date to 4800 years ago and the article can be found in GSA Today (the journal of the Geological Society of America, June issue, 2016). There was a range of uncertainty associated with the dating and it could have happened as early as 5200 years (which is the significant date of 3200BC when glaciers in the Andes expanded and the ice man was buried in ice in the Alps). At the other end of the uncertainty we have a date of 4400 years ago (very nearly 2350BC, another significant low growth tree ring event). Interestinly, a lesser landslide in nearby Hop Valley is dated 2600 years ago (with an uncertainty period as well).