We have had a quiet Sun for a few days. However, today (thursday) a glimmer of a sun spot is visible on the face of the Sun, a dot on a blank canvas. 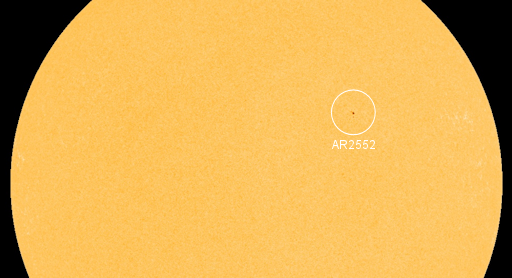 It has been blank for most of the week. In spite of that Earth experienced a geomagnetic storm that caused an auroral display at the poles. How does that happen? You need to look at www.spaceweather.com … go to RH side of web page and click on June 4th. It seems Earth encountered a stream of solar wind that was already out there in space. The Earth encountered the same stream in early May when it produced an auroral display that could be seen at lower latitudes. Presumably the stream has lost some of its oomph. We might wonder how common this is – the orbit of the Earth coming into touch with a stream of plasma (somewhat reminiscent of the Earth encountering a stream of meteoric dust and debris). No doubt that is a superficial comparison but if plasma streams can hang around rather than disperse to the outer regions of the solar system a heavy CME event has a bigger effect on Earth's climate than at first nod in its direction.

Meanwhile, at http://globalclimatedrivers.blogspot.co.uk/ … we have one man's view on what causes global climate change, a monograph created from 8 years of research. It seeks to quantify the effect of co2 on average global temperature change and you will not  be surprised to learn it is negligible. It ends by setting out a list of 12 reasons why this might be so. However, it is worth noting the author is seeking a link to solar output via the solar cycle, sun spots, and a general solar influence on temperatures going up and down. He seeks to go back to roots in order to assess the role of co2 on the earth's climate system – something that should have been done by experienced scientists when the alarmism first raised its head. Alright, nobody was to know it was going to grow into the beast it has become – driving the politicos and media before it like a huge bull dozing act of faith. Unfortunately, it is by no means clear that sun spots are to blame anymore than co2  for lower temperatures. Plasma hits on the magnetosphere may well put energy and heat into the Earth system but we still do not know what causes sun spots to occur. Are they the product of the orbits of the larger planets such as Jupiter and Saturn – or is it all about upwelling energy within the body of the Sun. If sun spots are induced by outside influence (planetary orbits around the Sun) there is no reason to think a lack of sun spots necessarily equates with cooler temperatures. We have had a blank Sun for most of the week and yet we had an auroral storm at the poles (as noted in the previous story). The nub is that some people are saying it is going to get colder because the present solar cycle is becoming quiet. Other are saying sun spots have no effect. The proof of the pudding wil be in the 'course' of 'time'.

Getting back to the world outside climate change, at http://phys.org/print384240169.html … new images of Pluto have been uploaded 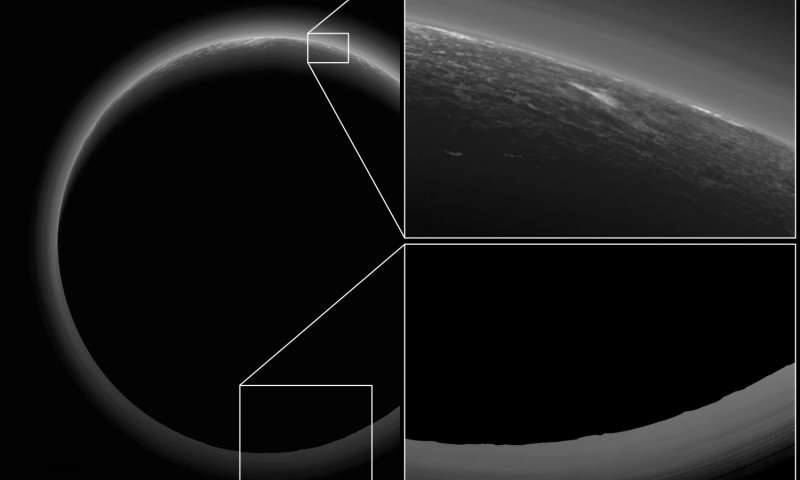 At http://phys.org/print384420928.html … back to Planet 9, an idea toyed around with by computer simulation. One problem is that it is proposed it inhabits the outer solar system where sunlight is reduced and making it difficult to spot – and they have been trying. Hope has been abandoned for an optical discovery of Planet 9 and other options are being sought.