At http://phys.org/print384769448.html … seismic activity is problematic as it doesn't choose to conform to theory. For example, sensors have been installed at fault lines in California in order to monitor EQ activity – especially in the vicinity of the San Andreas fault (widely tipped to shake itself sometime in the near future but apparently stubbornly refusing to co-operate with the sensors). Most of the time fault lines are very quiet and do not pick up any kind of bleep out of the sensors. It is all quiet on the San Andreas fault. This means that when an EQ does make itself known there will be little if no warning. They just seem to happen. Why? 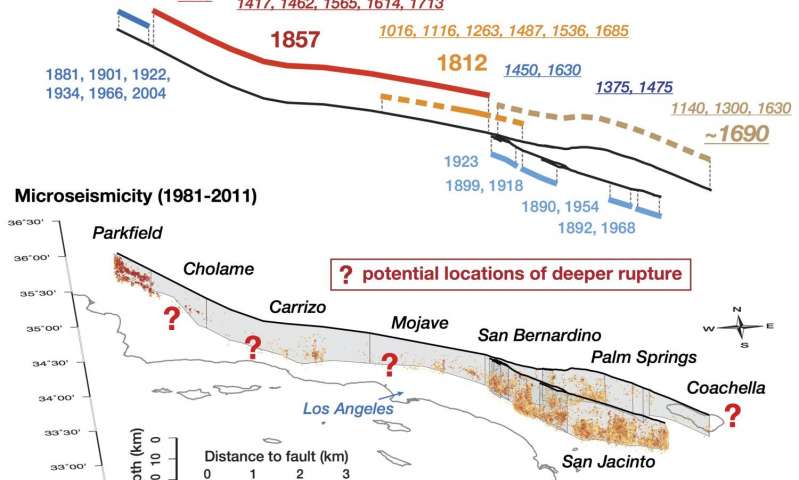 The idea that some rocks and minerals are plastic, even under high pressure, is blamed for keeping a lid on the build-up of pressure underneath fault lines. When that pressure builds up, like a pressure cooker, the lid blows and there is an EQ. Okay, a nice explanation by making use of computer simulation – but might the theory be just wrong and there is no pressure at fault lines? Is this evidence of Plate Tectonics found wanting?