At http://phys.org/print385385980.html … a paper in the Notices of the Royal Astronomical Society (Oxford University Press, June 2016) concerns a simulation of the powerful jets ejected by supermassive black holes at the centre of large galaxies. Some 10 per cent of galaxies (assumed to have black holes) have jets of gas spouting in the opposite direction from the core. Hot ionised gas (plasma) is propelled outwards 'by the twisting magnetic fields of the rotating black hole.' You may note that streams of plasma coming from the Sun are produced within the Sun, a star. A galaxy is a larger cosmic body, being a group of stars (sometimes very many stars) so what is being seen could be a galaxy sized equivalent of a burst of solar energy. Is it really coming from a black hole – or is a black hole something different than mainstream has hypothesized?

At http://phys.org/print385360960.html … a smal asteroid is the constant companion of the Earth as it orbits around the Sun – virtually another Moon you might say (but assumed to be a recent capture by earth's gravity). It loops around our planet but never wanders very far away 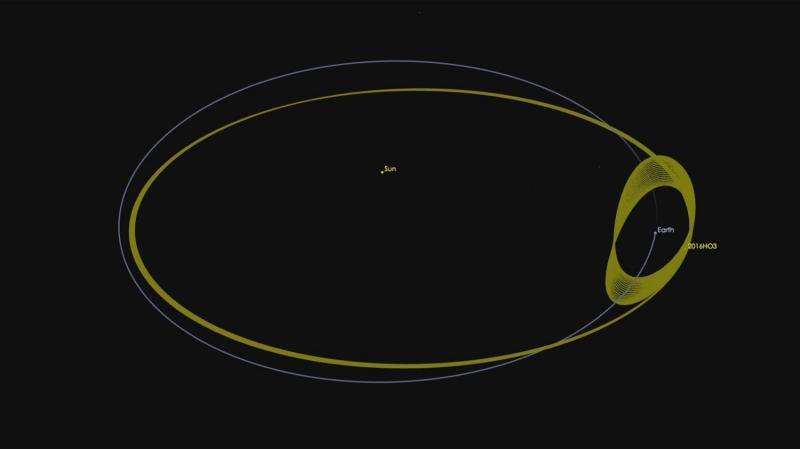 see image on left. It is never more than 100 times the distance of our Moon.

Over at Daily Galaxy 17th June 2016 we are back to the jets generated by black holes. See www.dailygalaxy.com/my_weblog/2016/06/bright-beacons-from-rotating-super…