At http://phys.org/print386924446.html … the Hubble space telescope has been keeping tabs on an asteroid that behaves like a comet. The odd behaviour has been tracked and it seems the asteroid is actually losing mass also, consistent with the theory of sublimation of near surface ice

At http://phys.org/print386930169.html … what we know about Jupiter. It's bright, it's big, it has a red spot, and it is the king of the planets. Also, Galileo discovered it had four moons – these are Io, Europa, Ganymede and Callisto. What will the Juno mission discover?

For instance, Jupiter has a strong magnetic field that extends for millions of miles into the solar system, even past the orbit of Saturn. A dynamo is thought to drive the magnetic field and is thought to consist of a huge layer of liquid hydrogen inside the planet that is thought to take on the characteristics of a metal. It conducts electricity, we are told, because electrons within the hydrogen atoms are able to move around. This, in combination with the speed of spin of Jupiter, is said to create the magnetic field … 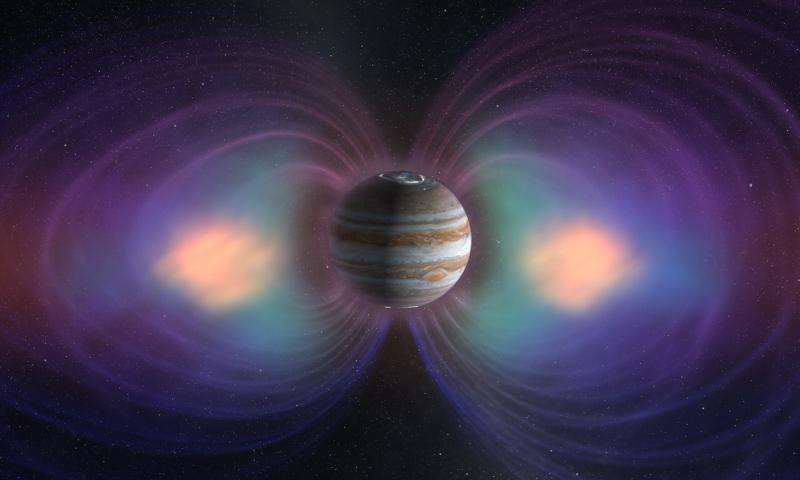 …. lots to find out it seems. In addition, we know that the first exoplanets discovered were hot Jupiter like companions of stars. There are simply lots of amazing stuff to be revealed by the Juno mission.