At http://phys.org/print391425744.html … the Great Barrrier Reef has grown in size due to findings by the Australian Navy. They have discovered a massive extension of the reef that exists behind the more visible Great Barrier Reef that is seen by the public at large – on the deeper sea floor. Enviros worried about the reef being in its death throes were recently shut up for a while by a survey which showed only a very small percentage of the reef is damaged by bleaching (which appears to be a recurring natural process and nothing to do with human activity). Humans have the ability to ruin the reef, in patches, but to kill such a huge living thing is somewhat difficult to do – but nature can obviously do a much better job, and more quickly. Now we have the new reef, increasing its size by two or three fold, the alarmists may go quiet for a bit and regroup, coming back with another doom mongering story when the dust settles. 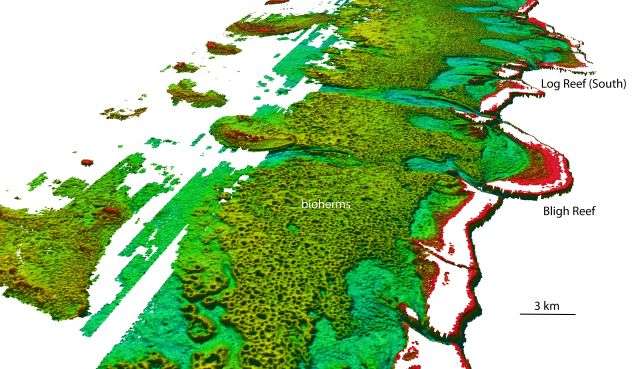