At http://phys.org/print393168215.html … it seems the vestiges of lakes on Mars might not all be confined to a very early period of the solar system – and some may have been more recently than previously thought. In fact, one billion years later than the Mars water world theory. NASAs Mars Reconnaissance Orbiter is said to have recorded valleys that carried water into what look like lake basins – and these lakes and filled and overflowed at different times in the past. This idea was deduced from studying images beamed back by the spacecraft and the results of their deliberations have been published in the Journal of Geophysical Research (Sept 2016). The new dates also raise a question mark on the date Mars lost most of its atmosphere (another hypothetical idea that has become standard science speak). As such, in mainstream, the water should have remained frozen once the atmosphere had been blown away by the solar wind. How did the frozen planet warm enough to allow water to flow? 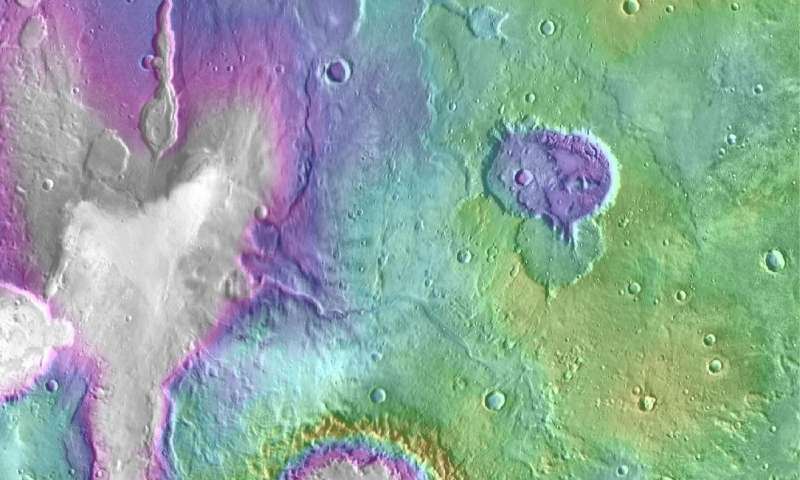 … but no doubt others might not see evidence of lakes.