At http://discovermagazine.com/2016/nov/mammoth-island … the discovery of a mammoth tooth in a cave on St Paul's island, off the coast of Alaska (in the Bering Sea) was dated just 6500 years ago (that is 4500BC). Mammoths died out around the time of the Younger Dryas Boundary event but seem to have continued, albeit in a dwarf form, on Wrangel Island in the Siberian Arctic – and the tooth from St Paul's Island seems to indicate they survived on other bits and pieces of stranded land as Beringia was swamped by the rising seas. In order to ascertain if mammoths, in a dwarf form, really did live deep into the Holocene, a team have taken a sediment core from a dried up lake – and confirmed that mammoths did survive (possibly until as late as 3600BC). 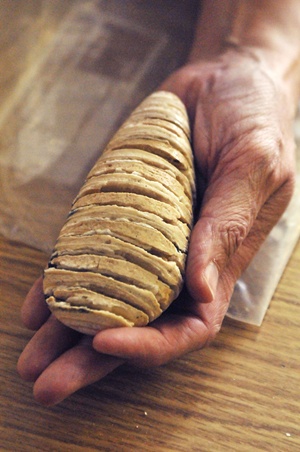 an example of a mammoth tooth. Pretty distinctive.