At http://phys.org/print397736203.html … Mars has numerous pockets of magnetism locked up in its crust – but scientists assure us that Mars has no inner dynamo, the hypothetical source of magnetism on Earth. How does it get there? Even more mysterious is the claim that these scattered pockets of magnetism actually influence the atmosphere of Mars. How do they do that? 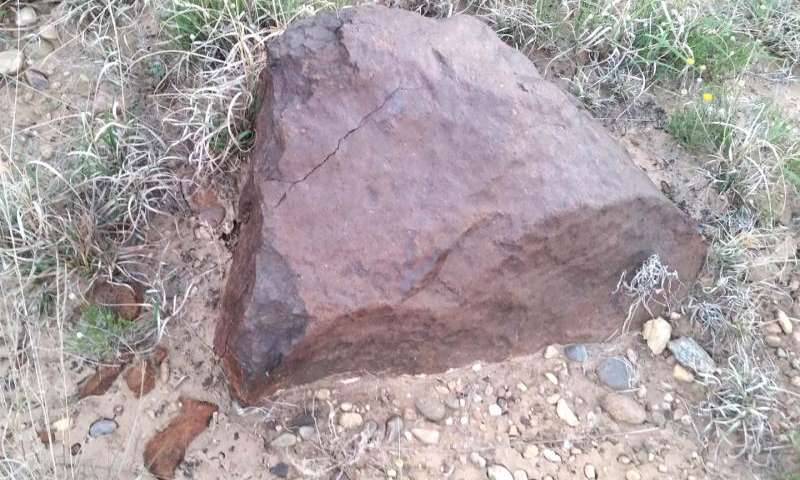 … it is a stony meteorite (a large proportion of which was still buried in the ground when discovered) and weighs some 760 pounds. It seems to be a strip off an asteroid – but dating it is impossible (we are told). Later, we get to learn about an even bigger meteorite, a remnant of an explosion over Arkansas in 1930. It is now displayed in the Arkansas Center for Space and Planetary Science.