At http://phys.org/print397902203.html … we learn that Comet Churyumov-Gerasimenko is younger than thought – but this is according to computer simulations made at the University of Berne. However, they appear to be referring to when it reached it's current shape as it is a given in mainstream that comets are primordial objects. It is shaped like a duck – they claim. In other words, it has a neck with a shorter piece one end and a bigger piece the other end (like an egg timer but fatter). It is then assumed it achieved that shape eons ago – following a collision 4.5 billion years into the past (during the turmoil of the worlds in collision phase of solar system history known as the bombardment episode). They appear to think the neck was created as a result of collision or collisions – rather than by outgassing as comets are known to do as they approach the Sun or are buffeted by the solar wind. This illustrates the problem inherent in modelling and simulation. The answers provided depend solely on what has been factored in. Would it not make sense if they had also factored in the known outgassing activity common on comets? I can't think how a collision might cause a neck on a comet – but their model is able to come up with an explanation. Worth reading but with the thought in the back of the mind that this is a result from limited data. 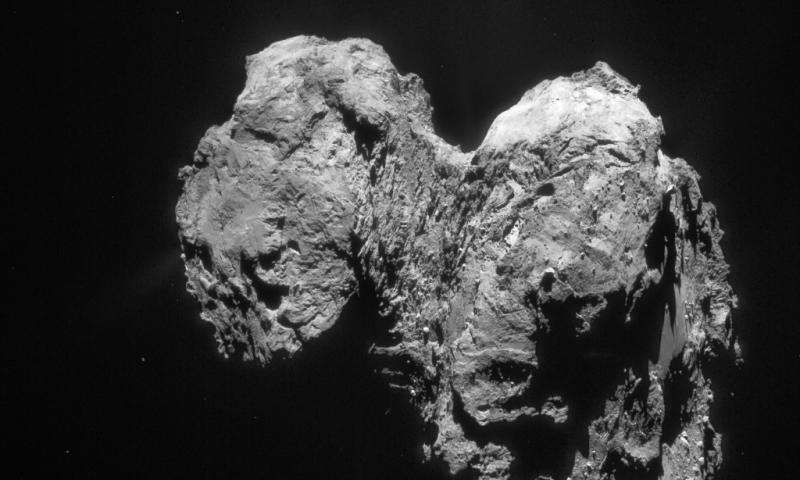