Saturn has a bulging core we are told at http://phys.org/print400347557.html … did you know that? It seems the Cassini mission has thrown up this odd situation – a bulging core. What is going on?However, don't get too excited as the thrust of the piece is the age of its moons, once thought to go back to the day of mainstream Creation, 4.5 billion years ago. It is now suggested the moons of Saturn are younger – younger than (but sill extremely old)

At http://phys.org/print400322160.html … we have something more interesting and relevant – how strong is the force of gravity on Earth? This outlines the mainstream position on gravity so it is worth the exercise of taking time out to read what it says. There is even a picture of the geoid (see below). This is based on data beamed back from various space missions. What do you think? 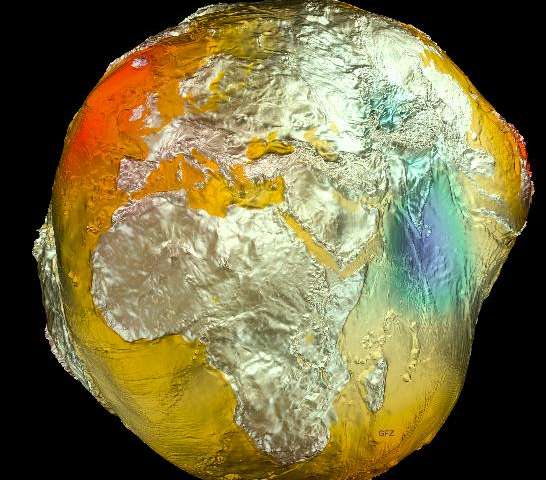 … a bit like a lopsided apple – with a maggot inside trying to escape. Or like the alien bursting out of the belly.

At www.newscientist.com/article/2115336-cosmic-dust-grains-on-city-roof-top… … cosmic dust raining down from space has been discovered on roof tops in three cities, Paris, Oslo, and Berlin. Scientists usually go on a trip to Antarctic and collect cosmic dust from the ice but now they can do the same thing back home – with the right equipment (and a long ladder). As roof tiles can be detached and re-attached later this is quite a good place to find cosmic dust – and we all like the idea of getting the moss cleaned off the roof for free. Not of course the safest of places to do your collecting though – and subject to Elf and Safety EU style. 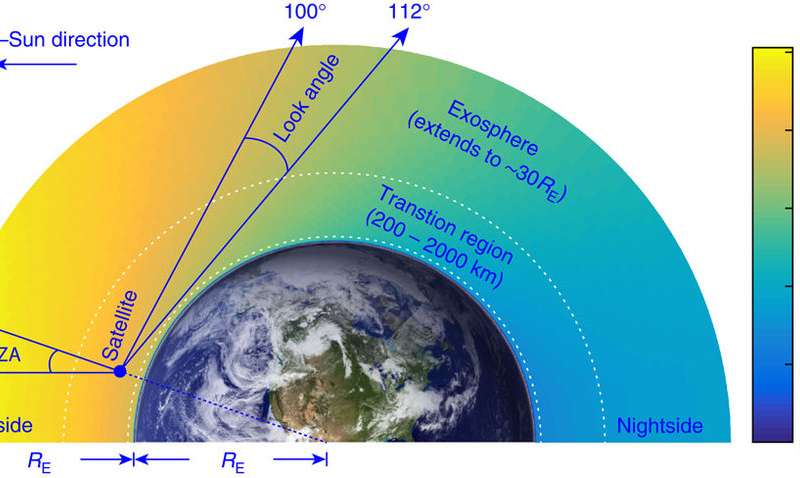 … in the thermosphere to be exact. Hydrogen atoms were thought to exist several thousand km above the surface but the thermosphere is just 250 km in altitude. Oncve again mainstream consensus theory has been hi-jacked. By real time evidence.

One theory of mainstream science is that Mars lost its atmosphere mostly because of the loss of hydrogen atoms in the nether regions – blown away by the solar wind. Will htey now have to ditch this idea or will it stick around for awhile until a new theory is launched. At the end of the piece (press release or abstract) we are told the origin of the hydrogen atoms is a mystery.