This si the title of a new book by Douglas Petrovich, a Canadian archaeologist. He has, or is about to, invite a lot of criticism – especially from the politically correct brand of academia – see http://phys.org/print400408265.html. He claims he has found proof that Hebrew is the root of the world's oldest alphabet – which may cause goose bumps on some people but cause others to go red in the face. He says he has found evidence of the Israelites in Egypt and they converted 22 hieroglyphs into a Hebrew alphabet more than 3800 years ago. In mainstream chronology this is the Middle Kingdom period and yes, 1800BC – you heard that right. Most researchers of course agree the alphabet was the creation of Semitic speaking people but the novelty here is that he visualises the Semitic household servants of the MK as the Hebrews (straight out of the pages of Velikovsky, Bimson, Rohl and James etc). As such, the book might be a must read for SIS revisionist buffs. 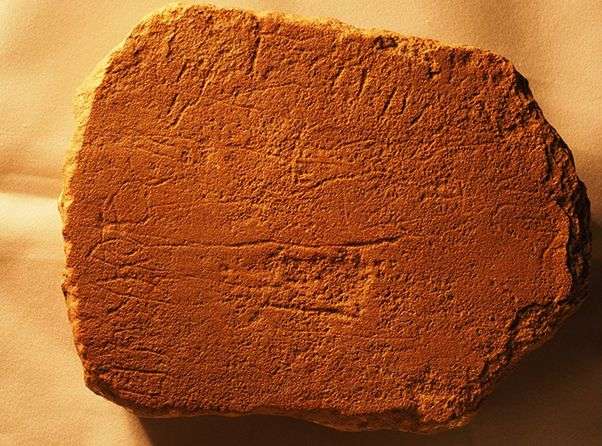 His theory is that Semitic people living in MK Egypt were proto-Hebrew speakers (presumably of the opinion the descendants of these same people went on to Exodus themselves from the Nile Valley and migrated into the Levant (via the Sinai with its proto-alphabetic script inscribed on rock faces). His theory is that the alphabet was developed in order for them to translate Egyptian hieroglyphs into their language – which is not a new idea of course. In other words he is saying the alphabet was developed earlier than the Exodus and it was brought out of MK Egypt by people speaking a sort of proto-Hebrew dialect. This theory owes its origin to the Bible and the claim that large numbers of Israelites lived in Egypt. Archaeologically, these can be identified as those recorded by MK Egyptians. The big gulf between him and mainstream will pan out, I suppose, over when the Exodus actually took place. Was it around the end of the LB age (or at a point in dynasty 19, as mainstream is quite fudged at this point)? Is he saying the Exodus took place earlier – after all Merenptah of dynasty 19 actually records Israel as a distinct population group before the end of the LB age – and Hebrews (Habiru groups) are also recorded in the Amarna archive at Shechem (another parallel with the Bible). We will have to read the book to find out.

Meanwhile, at www.breakingisraelnews.com/79560/biblical-pillar-cloud-appears-golan-pro…    … is a video posted last week and going viral, as the young ones say, on Facebook. It purports to show a weird weather formation over the border of Israel with Syria but leaves the Golan Heights completely free of cloud cover and looking down over the clouds and rain below. It's a bit like being up in a plane above low cloud – but somebody has compared it to the pillar of cloud (but without the fiery bit of course).