At https://phys.org/print404473128.html … the subject is cooking plant material in pots. Cooking leaves behind a residue that modern science can translate into what was being cooked – even though those pots, usually found as sherds, may be thousands of years of age. This is a remarkable achievement in itself and a scientific tool unavailable to earlier archaeologists. It all comes at a price of course and the sponsors of any dig must have the funds to pay for it, and C14 dating. In other words, not something your low funded communal type dig could afford. We know that pottery was in use in Japan as far back as 16,000 years ago (at the very end of the Late Glacial Maximum) and remained in use right the way down to modern times. Pottery was in use in various other parts of East Asia at the same time – but the dates for this do not go back so far as in Japan (so awaits discovery by somebody with a trowel). What is less well known is that pottery was in use by at least 12,000 years ago in North Africa. Pottery doesn't really occur in Europe until much later, disseminated by boat through the Mediterranean and by land via the Balkans. We don't know very much at all about the material societies of people during the Late Glacial Maximum as a great deal of this information has been either buried (by geology) or it is assumed that only Palaeolithic hunter gatherers occupied the planet (and therefore would not have used pottery). This may be short sighted as the Jomon people of Japan are usually classified as hunter gatherers and they used pottery.The research outlined in the link concerns pottery from North Africa and fingerprints left behind in their cooking pots. 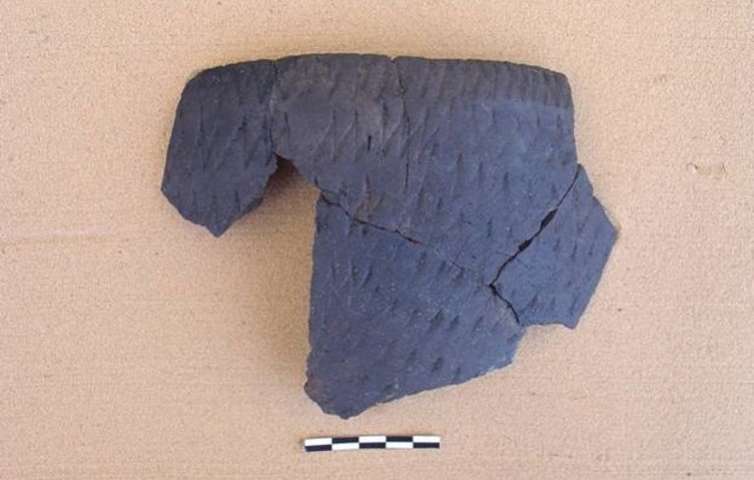 Cooking plant material was useful as it broke down the fibres  – not just of leaves but of roots and tubers too. Pottery found in what is now Libya during the wetting of the Sahara (and these were hunter gatherers it may be added) left behind plenty of evidence of the cooking of plant material. These included seeds and grains, leaves of herbs and roots (very often of water plants). The actual problem of pottery and mobile life styles is not discussed so we may assume these hunter gatherers were sedantory (at least for a long period of the year).