At https://phys.org/print408881453.html … getting to the crust of the early earth is not easy as it has been overlain with a raft of later layers leaving it deep and difficult to access. Geologists from Carnegie and the University of Ottawa decided the Canadian Shield was the place to go as it was wiped clean during the Ice Age. They purportedly found crust that was 4 billion years of age along the eastern shore of Hudson Bay. 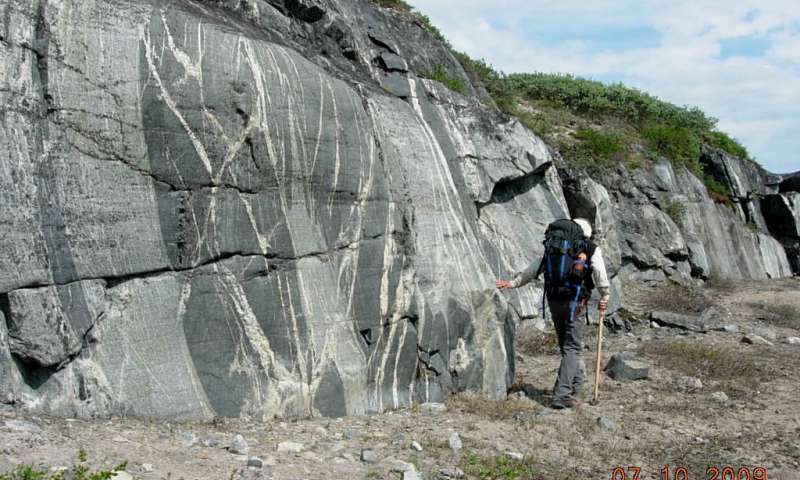 … and even here the rock was a giant granite extrusion from about 2.7 billion years ago. What the geologists found was that the rock had remelted at that time and the original rock that preceded the melting event was 4 billion years of age (or that is the hypothesis). It's considerably more complicated than that and there is an image from Quebec of rock that has been remelted on a number of occasions … 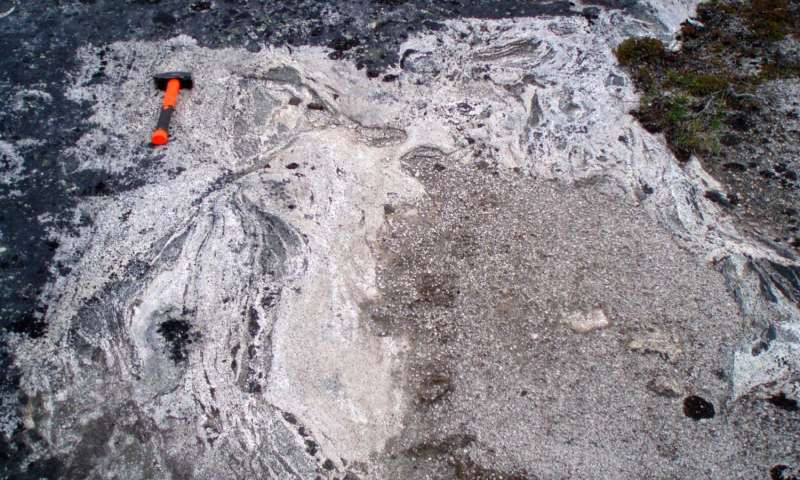 At https://phys.org/print408869723.html … Point Lobos State Natural Reserve in California is famous for its views over the ocean. However, there is also something else that attracts geologists and students – an ancient uplifted submarine canyon. It is a canyon that was under the water for a long time (but could have been above land on some occasions we may guess). The point is that when on the sea floor large amounts of sediment drained into the canyon consisting of material with an origin in river flow as well as washed from the sea shore. Students are able to view a series of sediment layers right up close.

At https://phys.org/print408876162.html … we are told the world is running out of phosphorus, an important agricultural and allotment fertiliser. Phosphate mines in Morocco are an important resource and accounts for almost 70 per cent of global supply. The argument is that phosphorus and therefore phosphate is a finite resource and we are on the brink of running out.