Interesting read at https://phys.org/print417366043.html … modelling the Sun's surface has been difficult. Wild jets of solar material burst forth from the Sun's surface all the time, erupting as fas as 60 miles a second. They can reach 6000 miles high prior to collapsing back down to the surface/ These are known as spicules – and solar scientists have found difficulty in replicating them on their super computers. However, it seems they have now succeeded – see the phenomenon below. 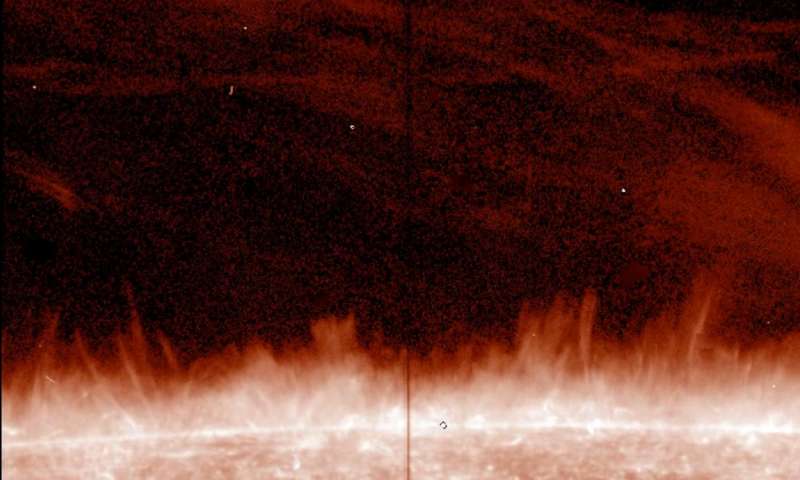 They did this by doing away with a model composed solely of electrically charged particles, or ionised plasma. They added neutral particles to the mix – and have managed to reproduce on their computers what NASAs IRIS instrument and the Swedish solar telescope in the Canary Islands have been showing. Not all gases are electrically charged – and neutral particles are not subject to a magnetic field. Interaction between charged and non-charged particles seems to be the key to the process. The whiplash process of the spicules also generates Alfven waves. These are strong magnetic waves that appear to be the medium that heats the surface of the Sun, they say. Alfven waves also propel the solar wind and bathe the solar system in charged particles. It's interesting to note the recent heat wave was preceded by an intense stream of solar wind interacting with the ionosphere of the Earth – see www.spaceweather.com June 14th and 15th.