Neanderthals, it would seem, invented the first adhesive (known to archaeology) – see www.seeker.com/culture/archaeology/the-first-adhesive-was-invented-by-ne… … Neanderthals, it seems, were nothing like their cave men image. Indeed, they were quite bright and are now being entertained as the inventors of adhesives as used in fixing tools on a haft. Adhesive residue has been found on stone tools going back 200,000 years ago. They used tar to strengthen and water proof bindings made of sinew, hide, and plant fibres, which in turned were used to attach bone or stone tools to handles.

At https://phys.org/print423410072.html … fossil foot prints said to challenge theories of human evolution. They are embedded in geology thought to date 5.7 million years ago. The foot prints resemble those of  humans rather than the more ape like ancestors which are assumed to represent the first  evolutionary steps from ape to human. The sedimentary rock formation is defined as Late Miocene. At that point in time the Sahara did not exist and Crete (where the footprints were found) was still attached to the Greek mainland. Hence, early hominids or humans could have walked there.

This story has a lot to follow I would have thought as it contradicts the mainstream evolution meme regards human origins. How will it be explained away? Either the geology is wrong or the feet are not those of modern humans. If the footprints are accepted as genuine and then the idea of an evolutionary process from ape to human in a series of steps from primitive to fully developed may come under threat – and hardly likely to appeal to uniformitarians. You can also find the story at  www.news.com.au/technology/science/evolution/footprint-find-on-crete-may… … which is more thorough in its take (and has images). The footprint is of somebody with an upright stance and a long sole with five short toes – no claws. It also had a big toe. In comparison the foot of a great ape looks more like a human hand. The problem is that on the evolutionary scale the shift did not happen to more recently. This appears to be hung up on its head now and the evolutionary change happened much earlier. How earlier? 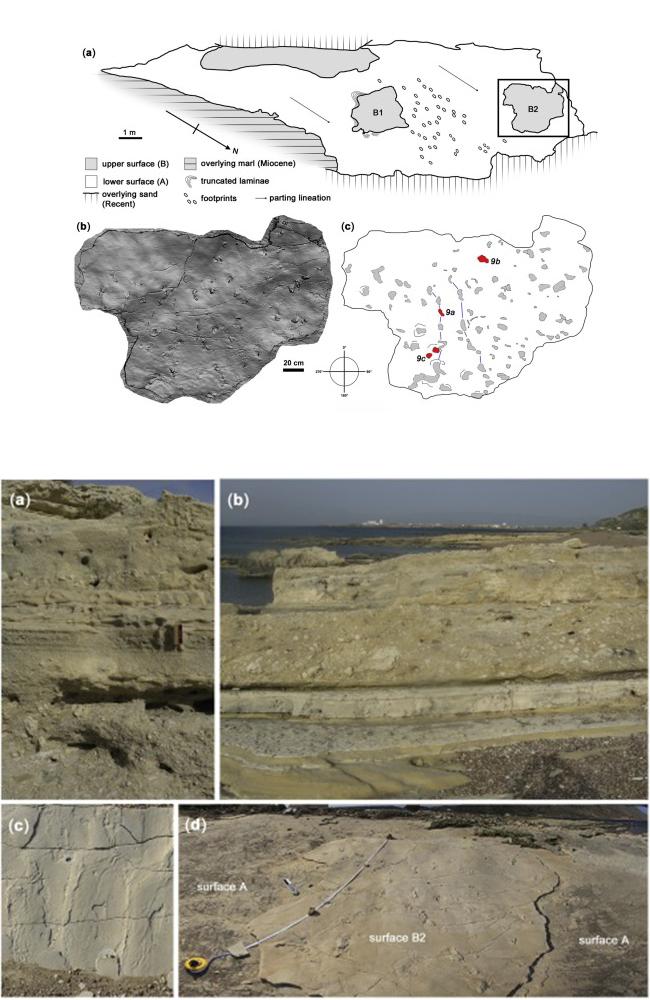