At http://popular-archaeology.com/issue/fall-2017/article/first-evidence-fo… … it seems Caesar may have landed at Pegwell Bay in the Isle of Thanet in 54BC and a fort was constructed to protect the 800 ships at anchor in the bay below. The fort was constructed to protect the beach head at a point on the NE coast of Kent, facing the mouth of the Thames. On the other side of the river was the territory of the Trinovantes and the Cassivelauni, important tribes at that time. Caesar appears to have been more successful that he has been given credit for – defeating a large native force before returning to Gaul, and establishing alliances and treaties with the ruling dynasts of the SE. The fort is located at Ebbsfleet which overlooks Pegwell Bay. It is currently 900m inland but we are told it would have been much closer to the coast in the Roman period as the Isle of Thanet was actually an island at the time. Pottery and C14 methodology were used to arrive at a first century BC date for the ditch of the fort. Ebbsfleet sits on a peninsular that projects from the SE tip of Thanet … see below 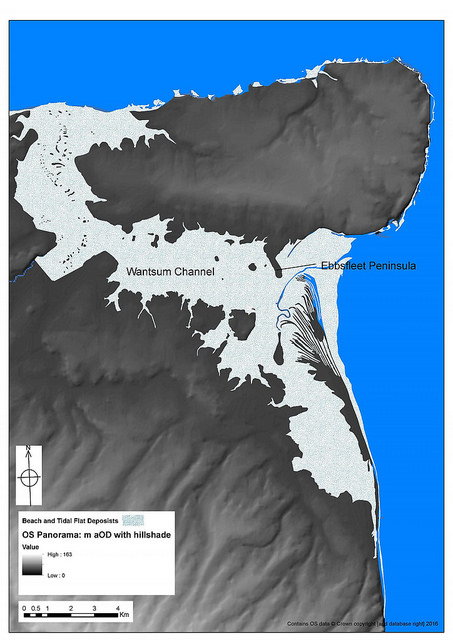 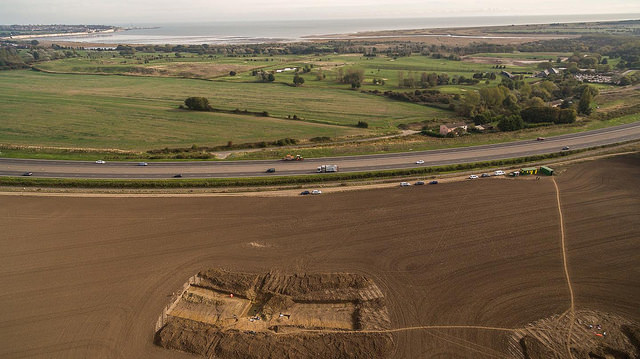