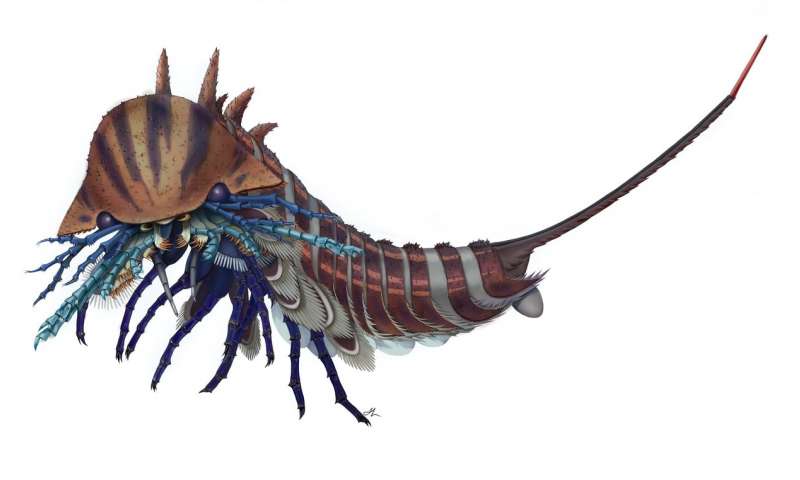 This is an image of Habelia optata, a marine predator which feeded on trilobites (see https://phys.org/print433048787.html ). Geologists as well as palaeontologists have long collected many examples of trilobites, their eggs and their offspring, in a variety of shapes and forms. Some scientists specialise in trilobites and so do fossil sellers in countries like Morocco in North Africa, selling their touched up specimens to tourists. I imagine there are a lot of trilobites on mantle pieces and tucked away in drawers. They date back to the Cambrian era – half a billion years ago. Habelia optata was 2cm long (with a tail about the same length) and was found in the Burgess Shale deposit in British Columbia. These marine life forms were all part of the so called Cambrian explosion – a period of rapid evolutionary change.

Habelia optata is related to spiders, scropions, horseshoe crabs and mites – and possibly lobsters. It possesses a mandible that can be used to grasp, squeeze and crush their prey …. 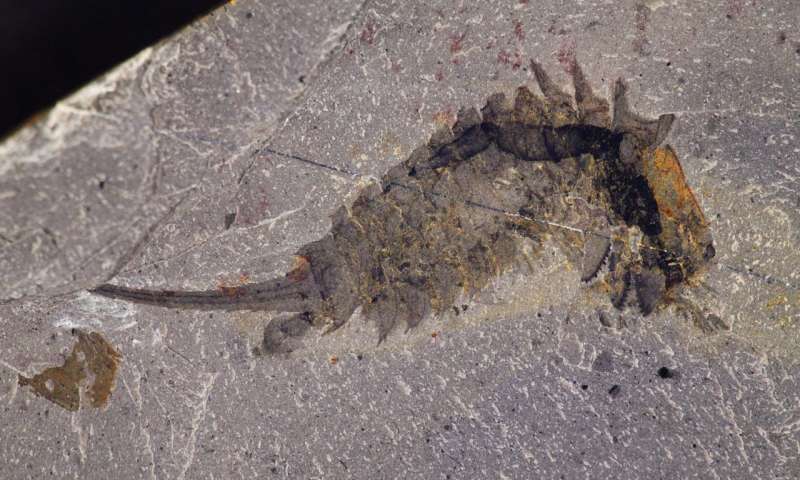 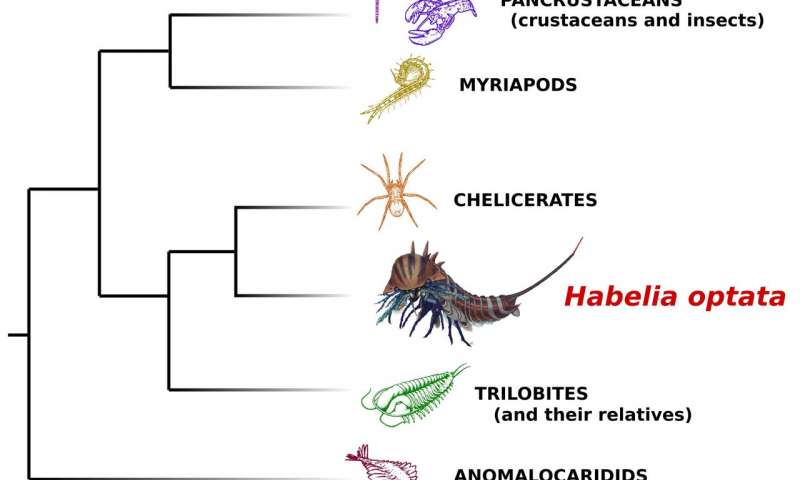 …. the researchers conclude that Habelia optata were active predators living on the sea floor, hunting for small shelly sea creatures such as trilobites.