Sea floor data point to a global volcanism event after the Chicxulub meteor crashed into the Yucatan peninsular – see https://phys.org/print437224338.html … the highest peak of sea floor spreading (expansion of the sea floor) is deemed to have occurred at the same time as the Chicxulub meteor strike. That makes sense as recent investigations have shown how deep into the crust the asteroid penetrated. It caused massive magamatic activity – all around the world. The research points to a change in the strength of 'gravity' above the sea floor, a transitory period of increased magma along various plate boundaries and island arcs of volcanoes in various parts of the world. We may note, at the same time, that as a result of geochronological dating methodology, which is uniformitarian in nature and prefers a slow deposition of sediments, the Deccan Traps in India (on the opposite side of the world to Chicxulub) are considered to have blown before the meteor strike – rather than contemporarily. This has been a bone of contention amongst some geologists – but most have been content to stay within the parameters of the uniformitarian model. The alternative is to raise a question around other sedimentary layers – which may not have been suddenly laid down. However, if the sedimentary layers before and after Chicxulub were laid down quickly, as one would think they would have, and then the Deccan Traps could equally be proof of the same bout of volcanism. As it stands the researchers are forced to think in terms of volcanism elsewhere – and they have found considerable evidence for this. It's a bit of a conundrum for geologists. The old school are sticking to their guns – the Deccan Traps have no connection with the meteor strike. We may hope that a younger generation may emerge prepared to ditch the uniformitarian fits all scenario and recognises sediments can be laid down quickly during catastrophic events – and most geological periods ended in a catastrophe of one kind or another. Or is that an Elysian Field too far. 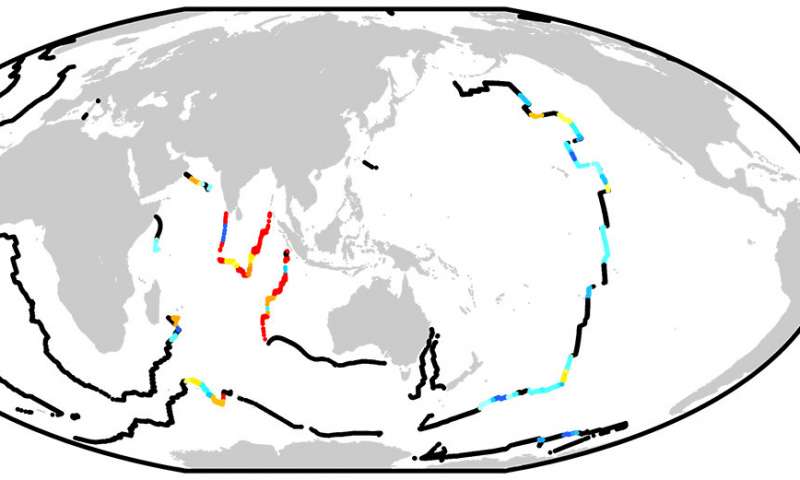