The image below is of red air glow over the Atacama desert in Chile – courtesy of www.spaceweather.com (May 11th). Photographer Yuri Betelsky took the image – the air glow was so bright parts of the Milky Way were barely visible because of the intensity of the red glow. This is caused by chemical interactions in the atmosphere – via ultra violet radiation. The red air glow was floating in a band 87 km above the surface of the Earth. Betelsky has captured air glow on film on many occasions – but rarely as bright as on this occasion. 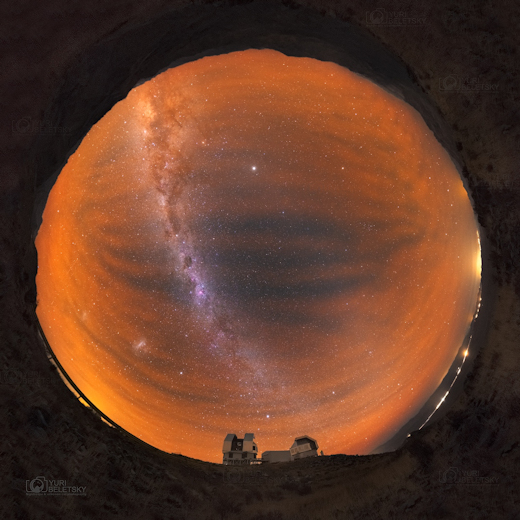