At https://phys.org/print449465943.html … for the  first time astronomers have directly observed the magnetism in the remnants of a supernova. Apparently, it is 50 times weaker than a fridge magnet – measured from a distance of 1.6 million trillion kilometres. The story is published in the Astrophysical Journal (June 29th 2018). The supernova is said to have exploded 30 years ago and material expelled by the blast, as well as the shock wave, have been travelling outward through the gas and dust that surrounded the star. They have discovered rings of material aglow, expanding debris and the shock wave. 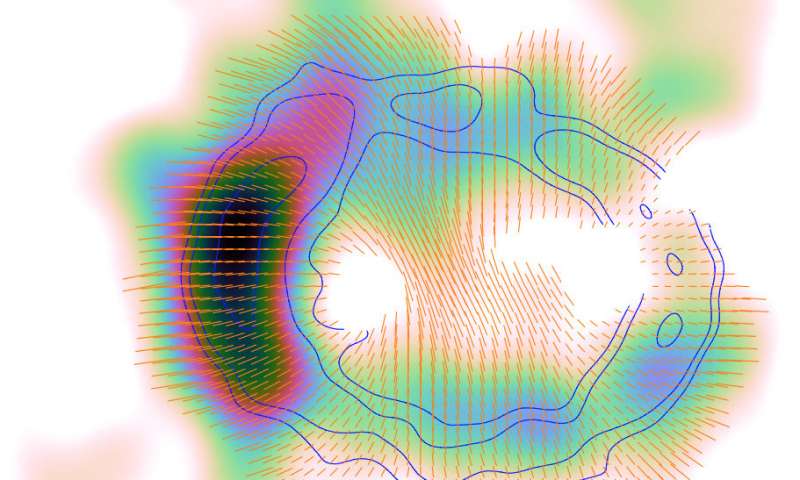 Meanwhile, at https://phys.org/print449480607.html … the Near Earth asteroid Phaethonreflects light at different angle. It is thought Pheothon is the parent body of the Geminid annual meteor shower. Most parent bodies are comets bhut Phaethon doesn't display typical comet activity. It is either a dead comet – or an asteroid. Instead, it is defined as an 'active' asteroid (a nice kind of compromise) with a confirmed dust ejection. It also has a surprising blue colour and now we have evidence its reflected light is strongly polarised. One possible explanation for the latter is that the surface of Phaethon is dark – much like a comet, one might say. Asteroids are usually covered in a loose rubble we are told – but is Phaethon? See Nature Communications June 27th 2018.