At https://phys.org/print455295727.html … NASAs new mission Focussing Optics X-ray Solar Imager, or FOXSI, is due to take its thrid flight (in September). Maybe it has already. FOXSI is a sounding rocket – meaning to measure. Sounding rockets make brief 15 minute journeys above the Earth's atmosphere to look at space before falling back to ground. These missions are much cheaper than sending satellites into orbit and enable scientists to test ideas – and if those ideas don't achieve very much not a lot is lost. However, sounding rockets also achieve rapid results – and when a good idea is involved that is s bonus. FOXSI is also a collaborative effort between NASA and the Japan Aerospace Exploration Agency.

At https://phys.org/print455277072.html … a hexagon located in the clouds surrounding Saturn (revealed by Cassini) … 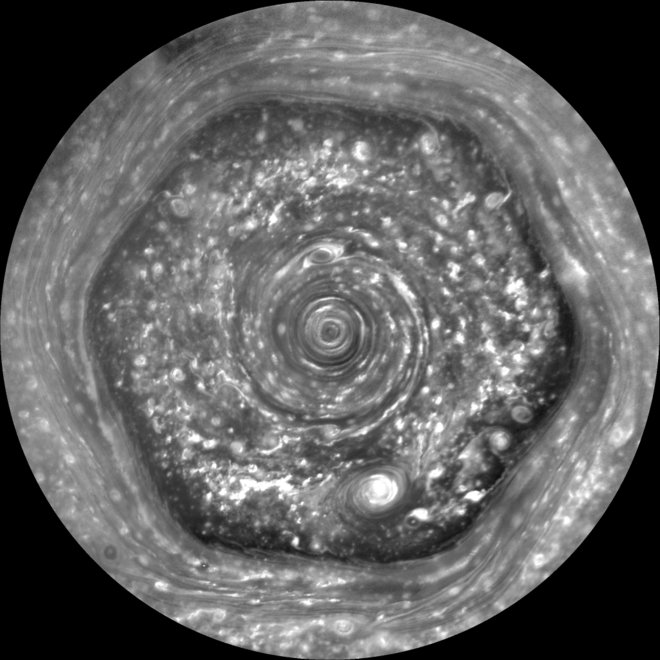 … when Cassini arrived at Saturn in 2004 the southern hemisphere was in summer time and the northern hemisphere in winter. The spacecraft witnessed a warm votex hundreds of kilometres above the clouds (in the stratosphere) near Saturns's south pole. There was nothing like it at the north pole. However, years later (the Saturn year is about 30 earth year's long) a northern polar vortex formed as summer time arrived. The edge of the vortex seen to be hexagonal, imitating a bizarre hexagonal cloud formation deep withiin Saturn's atmosphere. Either a hexagon has formed at two different altitudes, one lower down in the clouds and one above the clouds, or the hexagon is a towering structure several hundred miles in height. If so why is that?

At https://phys.org/print455274874.html … at the end of its life a red supergiant explodes into a hydrogen rich supernovae. The idea here is that the explosion takes place inside a thick cloud of circumstellar matter. 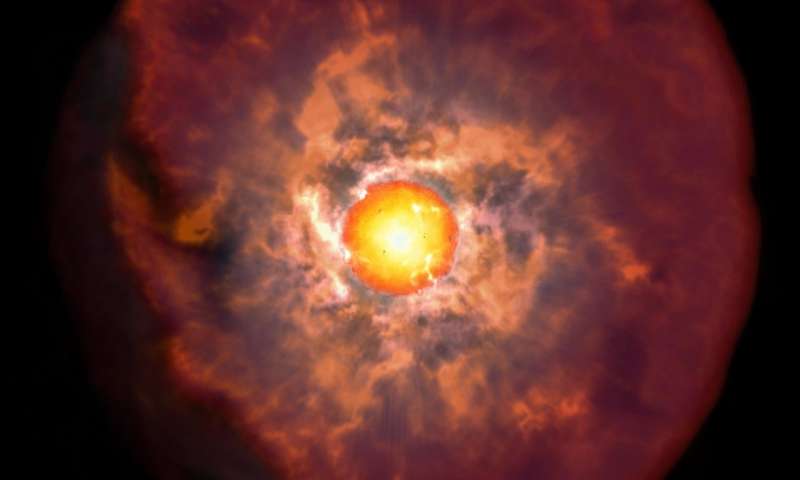 At https://phys.org/print455274895.html … telescope maps cosmic rays in Magellanic clouds. A radio telescope in Australia has observed radiation from cosmic rays in two neighbouring galaxies. The cosmic rays are said to originate from supernovae remnants. The paper is published in the Monthly Notices of the Royal Astronomical Society (DOI:10.1093/mnras/sty1960)