Evidence of people living in western Australia 50,000 years ago has been discovered in the remote Carnavon Ranges. They lived in the region during a long part of the so called Ice Age – see https://phys.org/print456652654.html … and a similar, but longer report can be found at https://phys.org/print456653140.html … where it adds, '.. more than 50,000 years ago). The findings are published in PLOS One, an online journal, and the excavations are taking place in a rock shelter (with some deep diggings into the floor area). It is said to be 1000km from the Pleistocene shore line (what is now the continental shelf off western Australia was dry land during the  Late Glacial Maximum but the situation earlier than this may have differed). In other words, they could have been living in the region for a much longer period of time than 50,000 years ago as the excavators have come up against a brick wall, 50,000 years ago being a radiocarbon technical dating barrier. Hence, they can only speculate people were living there 50,000 years ago as they cannot prove, by the C14 methodology, any kind of earlier date. Some 25,000 stone artefacts have been dug out of the floor of the rock shelter – and they have chosen to dig out squares to leave behind evidence for whoever may come afterwards (archaeologically). 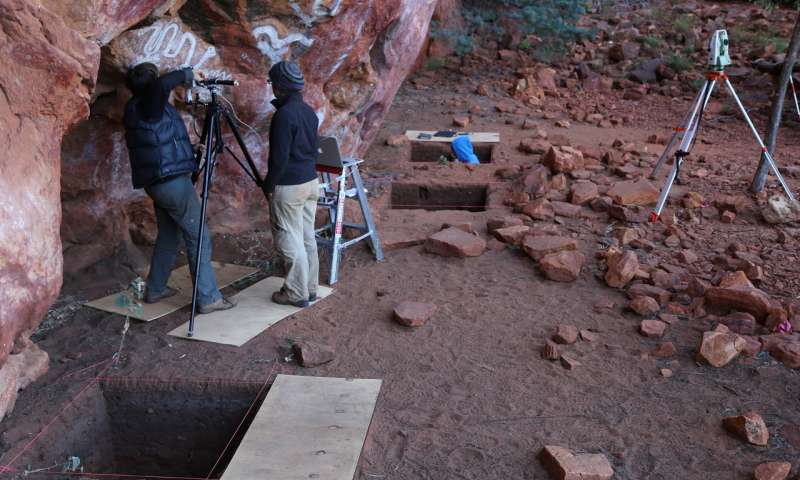