At https://popular-archaeology.com/article/the-girl-in-the-cave/ … another excellent article from Popular Archaeology. This one concerns the body of a teenage girl found in a cenote in the Yucatan. It is several pages in length and fairly comprehensive, leading up to the genetic dating of the bones. 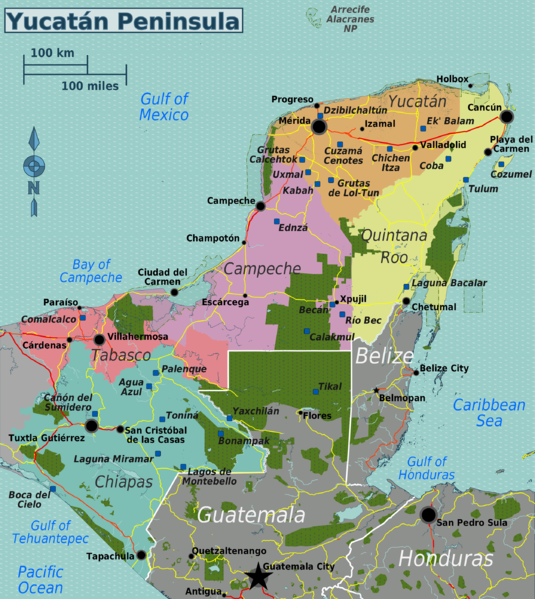 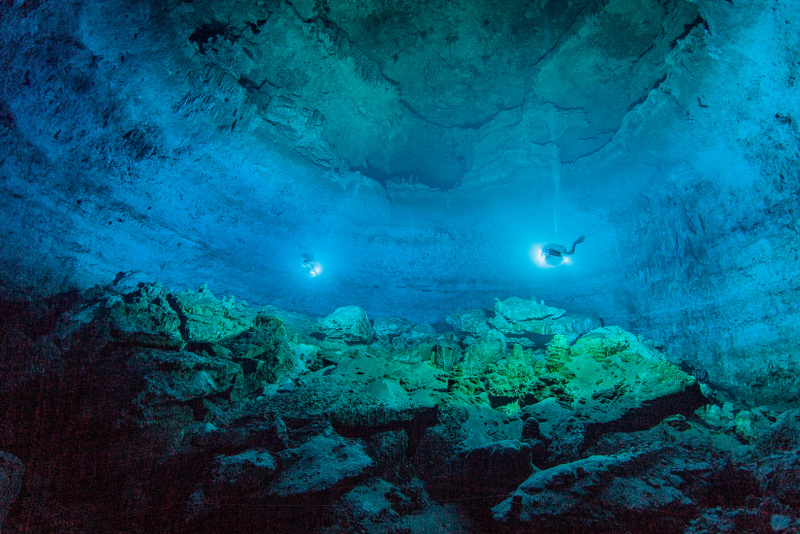 … The remains of 26 large animals were found in the vicinity of the teenager. These included sabre toothed cats and gomphotheres (an elephant sized mastodon). The assemblage was dated to Late Pleistocene but it is unclear when the cenote filled up with water as a result of sea level rise. The researchers applied global sea level dates (the straight line graph) which they call the global sea level rate of rise. This is of course averaged and is basically an estimate. The researchers plumped for a submergence date somewhere between 9,700 and 10,200 years ago (7,700BC to 8,200BC). Looking at this from an outside view it would seem they are suggesting the bones of these Pleistocene animals, and the girl, were just lying around for several thousand years. Enamel extracted from a tooth of the girl was C14 dated at 12,900 years ago (which is roughly the onset of the Younger Dryas episode). This is considered a maximum age. To confirm the date they used speleotherm dating methodology as well as C14 and came up with somewhere between 13,000 and 12,000 years ago. She is therefore a Palaeolithic human rather than being a Maya, a near modern classification.

She was christened Naia (a water nymph in Greek mythology) and along with Kennewick Man is one of the oldest human remains in the Americas. However, it is said she differs from Native Americans of recent centuries in the shape of her skull, and general facial features. Native Americans are thought to be descended from Siberians. They are said to have crossed the land bridge of Beringia between the end of the Late Glacial Maximum and the Younger Dryas episode. It is a moot point when the land bridge was submerged as again we are faced with averaging methodology. It may have occurred fairly quickly after the end of the Late Glacial Maximum – or it may have been several thousands of years later. At this point we come to the genetic studies surrounding the skeleton. It was found she shared a common ancestor with modern Native Americans. Just 11 per cent of her genes she had in common with modern people. This is somewhat better than the 4 per cent modern Europeans have in common with Neanderthals – but they lived much earlier, over 40,000 years ago, and the genes had more time to dilute. It is being suggested that one group of Siberians lived on Beringia but other groups from Siberia replenished them on a couple of occasions somewhat later. Another possibility is that there was a bottleneck. These are caused by mass die-offs. A few survivors passed on their genes. When this might have happened is open to question – or even if it did. As catastrophism is not part of mainstream science the idea of a bottleneck is not mentioned. A theoretical remnant population on Beringia is brought into the key position to explain this genetic oddity. Once more we have evidence that genetics is not all it is cracked up to be and improvements are required. Tomorrow I will post a completely different set of genetic information which homes in on the differences between modern and Palaeolithic Native Americans – but this article emphasises the similarities, using mitochondrial genetic data rather than the male line of genes. 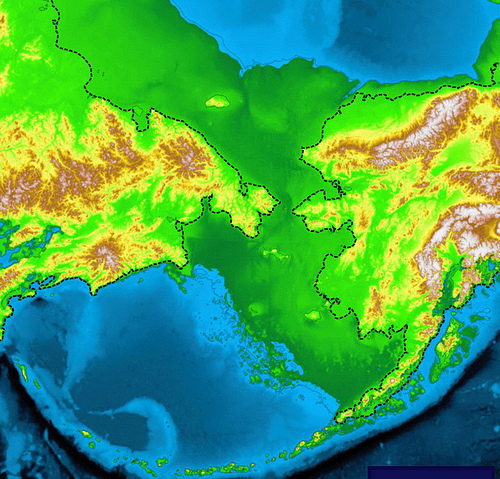 .. Chromosonal DNA was unavailable in the skeleton . 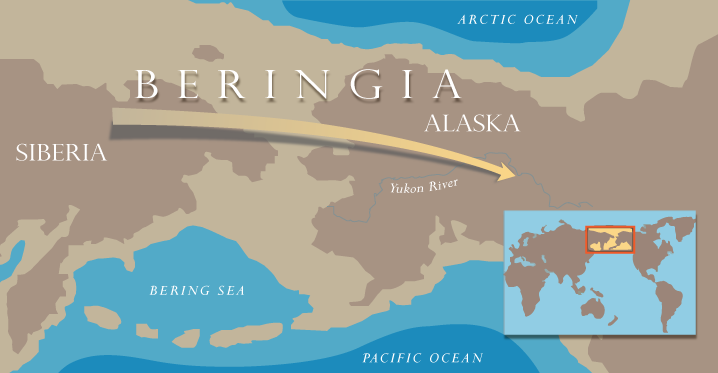 .. and it was determined she shared a common ancestor with modern Native Americans (in spite of facial differences). The latter could have evolved over the following 10,000 years it was deduced – and there is no reason why this may not be so. On the other  hand if a remnant population had been overtaken by a fresh immigration of Siberians, larger in number, one might attribute the evolution of the facial features as primarily due to that (but of course different ideas are available as explanations and the authors have their pet idea). What is plain as daylight is that there was more than one migration between Siberia and the Americas. Fixing them down in time is another matter. There is simply not enough human remains at the moment to do that.

From another paper published recently we learnt that trees were growing on what is now the submerged parts of Beringia – during the Late Glacial Maximum. There were also surprisingly mild temperatures. This has been deduced by the kinds of plant pollen found in sediment cores from Beringia (see for example https://en/wikipedia.org/wiki/Late_Glacial_Maximum). Another interesting point to bear in mind is that archaeologists have only shifted a thousand years, or possibly two thousand years, from the Clovis First mind block. The end of the Late Glacial Maximum is usually put at 18,000 years ago – but people are not thought to have lived in the Americas much before 15,000 years ago. What is even more interesting is that those 3000 years represent the Oldest Dryas Event (a double whammy of 2 x 1500 year blocks and sometimes defined as Heinrich Event One) which may represent an enormous C14 plateau (much in line with the lengthy plateau in C14 dating assigned to the 40,000 to 30,000 year period). If two major catastrophic events occurred on both these occasions one may wonder just how one might measure a huge injection into the atmosphere – and was 3,000 years a genuine period of time or one that has been created solely by the plateau (and injection). If this was perhaps radically reduced in time (if that is possible) the drowning of the cenote may have come about at the very cusp, or shortly after, the end of the Late Glacial Maximum. At least as far as the Late Pleistocene fauna was concerned as the girl could have fallen in at any point afterwards (although it might be more sensible to assume they all perished in a rapid rise in sea level in the Caribbean basin). This could have come about with the melting ice sheet over NE America with a great whoosh of water pouring through the Mississippi/Ohio drainage system. One can see that a catastrophist may have a completely different angle to mainstream (which the authors of the article try to abide by). Catastrophism raises an entirely different perspective and perhaps it is time we had another look at the climate and plant life in Alaska during the Late Glacial Maximum. Was it somewhat warmer than in modern time – and did it host all those Pleistocene animals one might find mixed up with frozen water and mud in what is known as the Alaskan Muck Deposits. Velikovsky even claimed that human tools were found in the muck deposit (see earlier News post on the subject).