At https://phys.org/print469192703.html … soft bodied species such as spiders aren't usually fossilised in rock like animals with bones and teeth. More often than not fossil insects are found encased in amber. However, fossil spiders found in Korean shale (the Lower Cretaceous Jinju Formation) are remarkable as they feature reflective eyes that enabled them to hunt at night – fossilised. They were preserved in strange silvery flecks on dark rock, their large eyes marked with crescentic features. The researchers say the spiders were protected from deterioration by unknown means as they were so well preserved. This is an understatement as spiders are very soft. They don't have hard shells so normally decay rapidly. The same rocks also contained fossils of small crustaceans and fish which suggests a catastrophic flood and instant burial was involved – but even that is difficult to equate with the preservation. The researchers suggest it all took place during an algal bloom that trapped them in a mucous mat and sank them (assuming it was a non catastrophic event and the spiders were simply drowned by moving water). Never the less, this is an interesting response as the Cretaceous in southern Britain and northern France = the chalk, is made up of incredible amounts of coccoliths (possibly as a result of algal blooms). 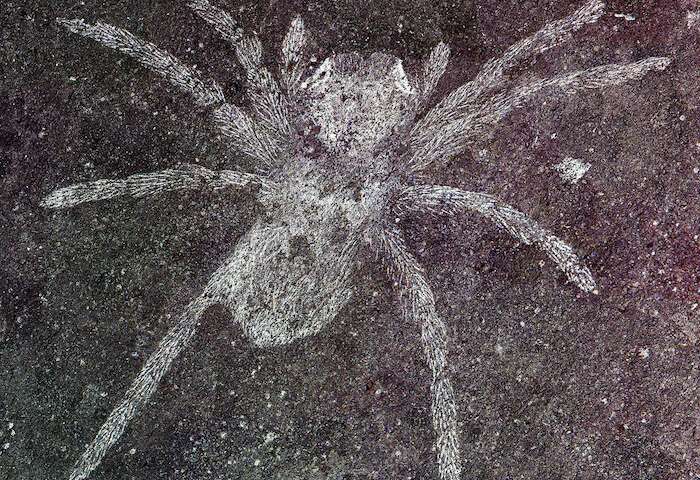 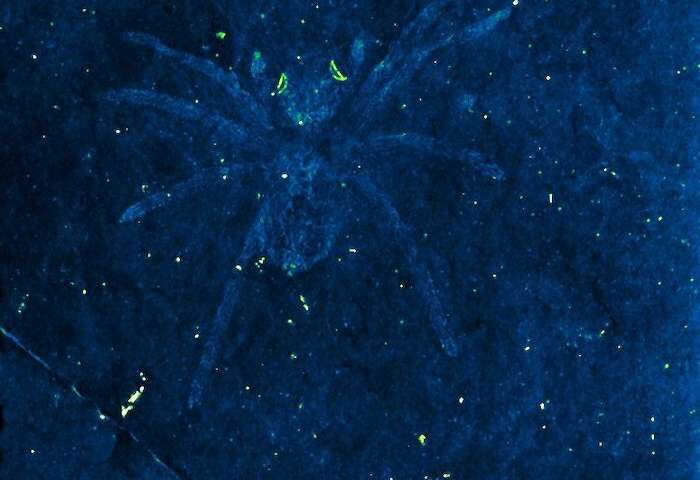