William also sent in a couple of other links. At https://phys.org/print470892440.html … it has been found that asteroids do not break up as easily as scientists had anticipated – and it requires a lot more energy for it to happen. Hollyood bozos won't be able to save the world in quite the way it has been depicted on the movies. It requires a lot of energy to shatter a large asteroid.

His second link is to EOS and the subject is the STEVE – and it seems a satellite passed through one and noted an absence of particle precipitation suggesting STEVEs may consist of hot plasma moving equatorward from an auroral oval nearer the poles – see https://eos.org/features/how-did-we-miss-this-an-upper-atmospheric-disco… … STEVEs tend to last around an hour. They resemble an aurora but its origin appears to differ. A recent article published in Geophysical Research Letters made an analysis that showed no sign of electrons or ion precipitation during the event. If its origin was in the magnetosphere, as is an aurora, a satellite flying above one should have been able to observe particles raining down into Earth's atmosphere. It did not. This means that a STEVEs optical emissions, more specifically its white- mauve emissions, are not due to particle precipitation but due to processes generated within Earth's ionosphere (and thermosphere). Hence, the STEVE are not an aurora. 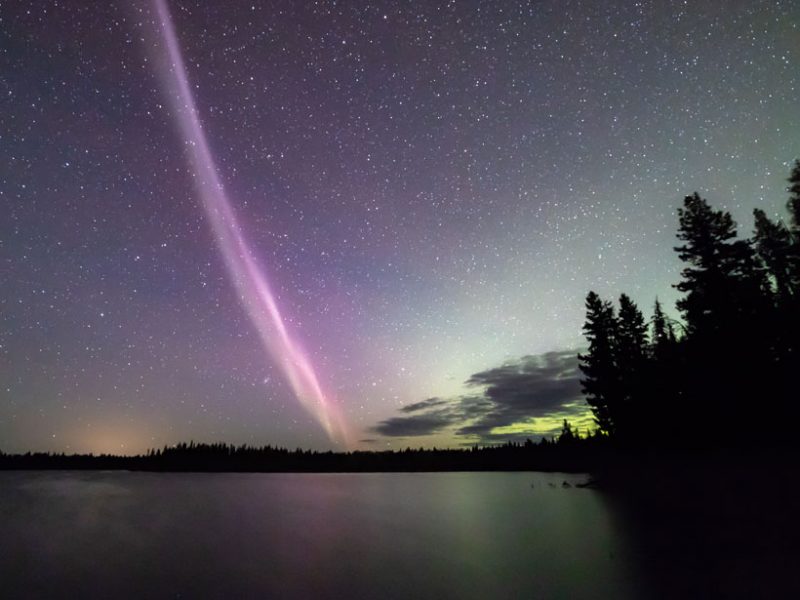 … The discovery of STEVEs came about via the Alberta Aurora Chasers, an ad hoc group of people interested in recording auroral phenomena without necessarily having formal scientific training (or a PhD). Meanwhile, lots of astronomers have access to big telescopes and telescope arrays that are beamed down in the direction of the upper atmosphere as well as outer space – and they missed the STEVE (or were not motivated to look for such an oddity). The Chasers, on the other hand, assumed the STEVE was an auroral phenomenon and investigated it as best they could, by recording observations, catagorising it, and recording it as an aurora – and then they educated the scientists on its existence.

At www.thunderbolts.info/wp/2019/03/04/potato-pancake/ … why food is often associated with astronomal phenomena is a mystery but perhaps astronomers are missing out on their lunches and their brains pick up on this and associate food with objects in space. On this occasion it is Ultima Thule and its odd shape. It has been called a pancake and now it is a potato pancake for some reason – probably as it is not as flat as a pancake and somewhat round like a potato. It has also been likened to an American cookie. The Electric Universe people envisage a link with Moqui Marbles found in deserts in Utah and relate this to electrical (or plasma) activity. Stone balls as large as eggs are compared to moons around Saturn and Ultima Thule (beyond Pluto) with an origin in an electrical paroxysm during the formation of the solar system.