At www.ancient-origins.net/news-history-archaeology/weapons-site-0012187 … this link appears to have got its information from the Siberian Times and concerns an island in the Arctic Ocean. It is being developed as a Russian military base as fossil fuel extraction in the Arctic becomes more probably and expansionary with the passage of time. Paleontologists have been involved in excavating a mammoth skeleton and they found the tusk displayed evence of what is said to be human activity, namely traces of processing. In this case it was the cutting of slivers of ivory, which are extraordinarily sharp. These have been extracted from the mammoth's tusk in order to make tools (for cutting and butchering) and as hunting weapons (as tops for spears). The mammoth has not yet been C14 dated but is provisionally dated to after 50,000 years ago and therefore possibly during the Late Glacial Maximum. Will this end up being further evidence that human activity in Siberia was fairly extensive during the LGM period – implying  the temperatures in that region were not as cold as in the modern world. Another interesting point made in the report is that the island was part of the mainland during the Late Pleistocene period, which of course is on a par with the nearby Beringia land bridge between Siberia and Alaska. A quite large area of continental shelf was above sea level of the coast of Siberia – and possibly also off the coast of some parts of Canada. It would have been fairly easy for humans to cross the Arctic at this time in small boats and begin the human occupation of the Americas much earlier than currently envisaged. 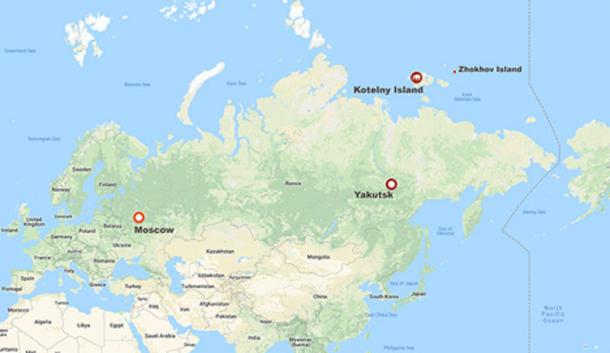 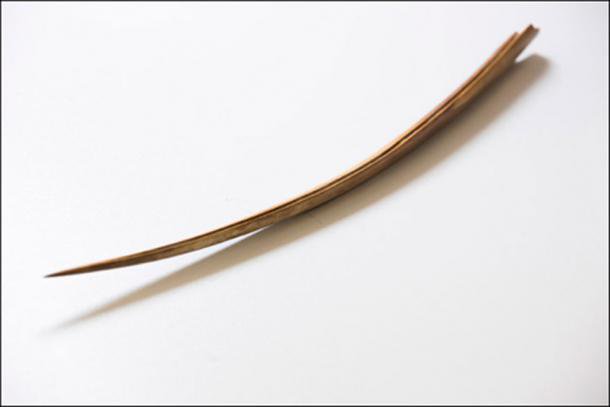 … Nearby sites also seem to show evidence of human activity,