At https://archaeologynewsnetwork.blogspot.com/2019/08/spanish-archaeologis… … a large building dating to the middle of the Spanish Bronze Age (between 2100 and 1500BC) is associated with new settlers who established themselves on a craggy hillside, or cliff, at what is known as La Cava. It measures 70 square metres and is surrounded by a settlement (houses) and rampart and there is also some strange holes carved out of the base rock. The site was later used by Christian hermits. 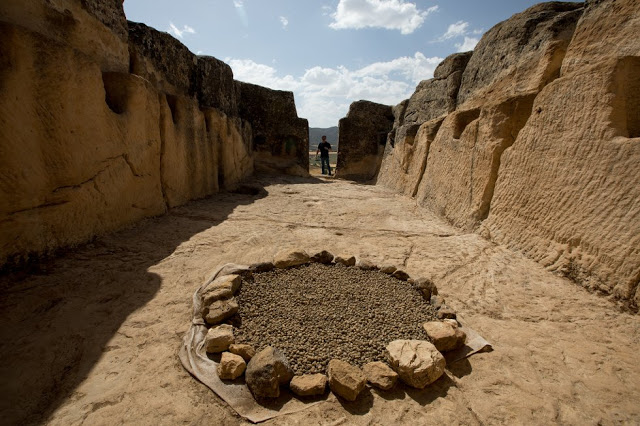 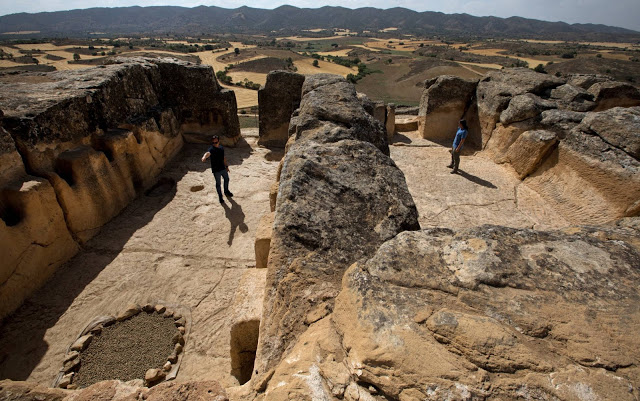 At https://archaeologynewsnetwork.blogspot.com/2019/08/odisha-delta-site-is… … this one comes from India and the discovery of a settlement at Bharati Nuda in Odisha's Cuttak district – going back to the Chalcolithic cultural horizon. Charcoal samples provide a date of 1072BC to 1404BC. Focus has centred on the Sun motif found arrayed on chocolate slip pottery. It is thought it dates the arrival of sun worship and is evidence of new settlers that arrived towards the end of the Chalcolithic. As for the sun symbol we may note that in mainstream chronology the end of the Late Bronze period in the Near and Middle East occurred between 1200 and 1100BC. Could the sun symbol have a connection with a comet or meteor rather than the yellow orb? However, according to the researchers there is a famous sun temple at Konark, 30km from the discovery site. Having said that this argument is somewhat muted as the temple was built in the 13th century AD (2500 years later).