At https://phys.org/news/2019-09-common-childhood-illness-neanderthals.html … it begins by saying, 'It is one of the great unsolved mysteries of anthropology. What killed off the Neanderthals ….' etc. Was it some sort of a plague specific to Neanderthals that did not affect their successors, modern humans etc. A new study from a team of anthropologists and head and neck anatomists suggests a less dramatic but equally devastating cause – chronic ear infections. They even go so far as to say, 'it may sound far fetched …'. The problem is that catastrophism is not factored into the mystery of their disappearance as well as the conflicting C14 dates between 40 and 30,000 years ago – caused by a massive C14 plateau event. Did modern humans really overlap with the Neanderthals?

Over at https://phys.org/news/2019-09-glympse-ancient-denisovans-dna-methylation… … what did Denisovans look like. Scientists have created an image of a Denisovan girl from a finger bone, three teeth, and a jaw bone. You might not be surprised to learn that it is a cross between a Neanderthal and a modern human. 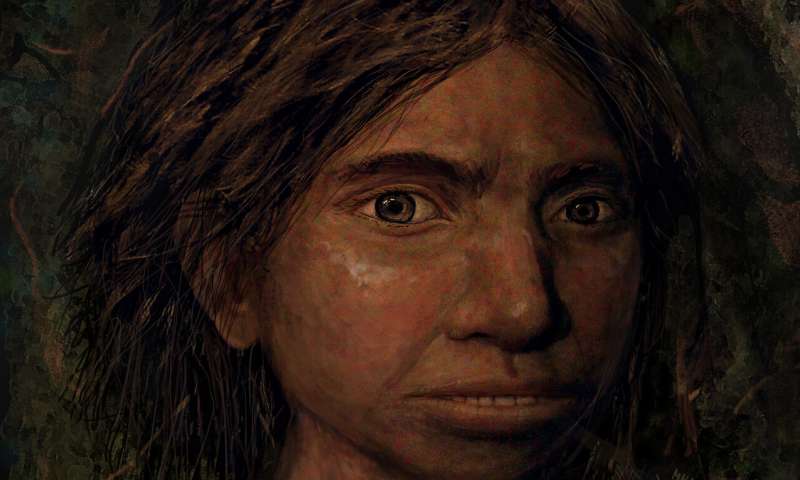 At www.sci-news.com/archaeology/coopers-ferry-tools-07546.html … flint tools dated 16,000 years ago have been unearthed in Idaho – some 200 projectile points, various flake tools, and bone fragments from large mammals. The site is Coopers Ferry in western Idaho – and the date of 16,000 years ago pushes back humans in North America by a further thousand years than previously accepted. We are told the projectile points closely resemble similar finds from Japan of roughly the same period (Jomon). The authors favour a coastal route for the migration out of Asia and say the Columbia River would have presented a route into the interior, where they will have reached Idaho. The peculiarity of the study is that the dates are C14 derived from a time when there was once again a notorious C14 plateau event (associated with the end of the Late Glacial Maximum, 18,000 to 15,000 years ago). This may account for the range of C14 dates from the site – 13,000 to 16,000 years ago. One may wonder if these dates are as reliable as presented. Having said that they also found fragments of teeth belonging to an extinct horse breed that is known to have still existed at the end of the Ice Age. This part of Idaho is closely associated with the Nez Perce tribe (in more recent times), famous for their horses.