A University of Waikato (New Zealand) researcher, Fiona Petchey, has been helping archaeologists track the movements of Lapita people through the Pacific (the forerunners of the Polynesians). These are the island groups of Samoa, Fijii and Tonga. A site in Samoa has added 400 years – taking it back to 2800 years ago. However, she also found an anomaly in the C14 calibration curve, currently in use for dating shells. She says it is out by 200 to 300 years at certain points in the past, resulting in large errors in calendar ages. See https://www.scoop.co.nz/stories/SC2002/S00017/waitako-researcher-re-writ… … on web site click pacific and scroll down to … /waikato-researcher-re-writing-history-of-pacific.html

At www.canberratimes.com.au/story/6623090/special-stone-boomerang-found-in-… … the recent bush fires in Australia have uncovered a stone carved boomerang in the bed of a creek next to a burnt out property. 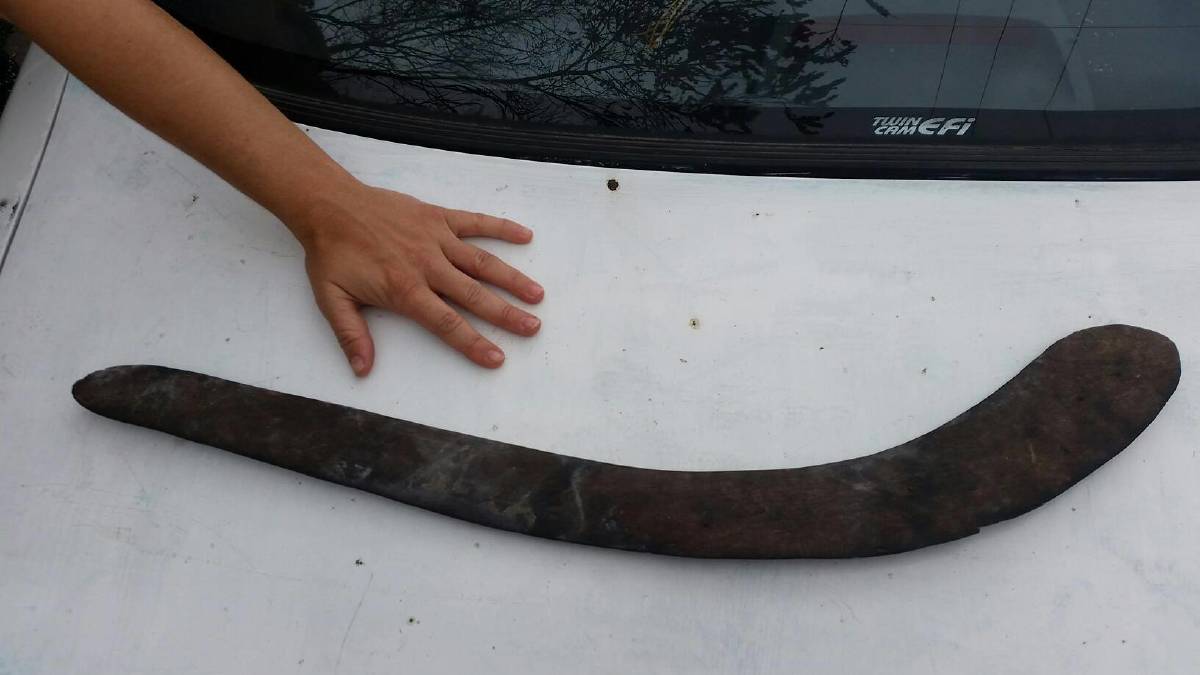 The last story is a rather jumped up jolly one at https://ahotcupofjoe.net/2020/02/buzzwords-bogeymen-and-banalities-of-ps… … which purports to take a blast at pseudo archaeology – and what they claim are banalities. I suppose one persons banality can be quite different in the eyes of another person, the sort of thought that can lead to the idea the complainant is complaining too loudly by far. It begins by taking aim at Graham Hancock and his book, 'Magicians of the Gods' (2012), and then, without drawing breath, alights on Andrew Collins and his book, 'Denisovan Origins' an altogether more speculative tome. Does anyone really take what these writers say as gospel. They  belong to a particular genre that is designed to titillate rather than educate. Why is the blog author getting so excited. Does he think Joe Public is unable to use critical thinking? He almost sounds like a politico bemoaning the ignorance of those voting for the opposition – the deplorables for example.

The other piece they decide to lamblast  is left unnamed and authors unmentioned but it revolves around the articles by what I thought were reasonably serious researchers that the various stone rings with symbols carved on them recorded the Younger Dryas comet event (although the idea might have been taken up by others). Obviously, the blog author doesn't like the idea of comets and catastrophism and makes his prejudice fully transparent. He even goes so far as to say it is impossible that an oral tradition could have endured for a thousand years between the proposed date of Gobekli Tepe and the onset of the Younger Dryas. Hasn't he heard of myth – or religion. Even modern films and books regularly regurgitate Arthurian tales of dearing do and go back to the age of Romance (easily a thousand years ago) and ultimately to religio-mythic tales of a more venerable nature (several thousand years of age). Why do pompous mainstream self appointed spokespeople seem to think all the little people are in some way inferior and need to be directed – even to what they may or may not read. The juice of the milk shake he ignores is that mainstream has no idea what Gobekli Tepe is about – not one jot of an idea. These authors that are being criticised are simply taking advantage of that simple truth.