At https://archaeologynewsnetwork.blogspot.com/2020/02/extinct-giant-turtle… … an extinct giant turtle had a horned shell. The fossil hails from South America and has brothers in arms – such as giant rodents and crocodiles, dating back 5 to 10 million years ago – which is fairly recent in geological time. It is assumed the turtles were predated by the crocodiles and the horns were a defensive mechanism. Stupendemys geographicus is the title bestowed on the animal. 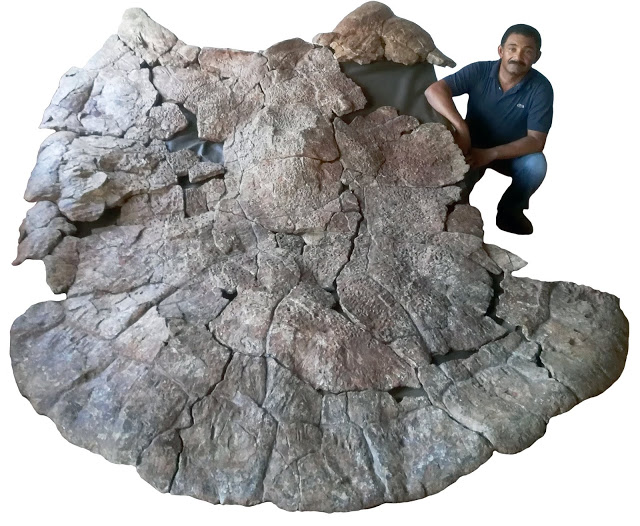 … It is possible the largest turtle that ever lived (until a bigger one is found) and reached 3m across. It's body mass was one hundred times that of any living relative.

At https://archaeologynewsnetwork.blogspot.com/2020/02/fossilized-insect-fr… … a fossilised bee trapped in amber (found in Burma) is dated to the mid Cretaceous – and it comes with beetle parasites attached to the bee … 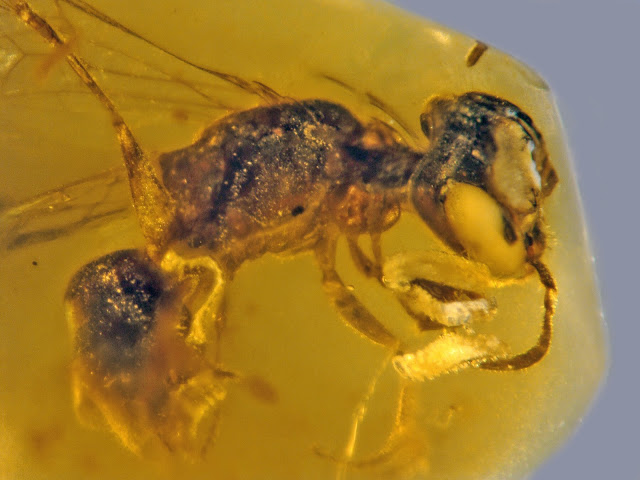 … The bee is a key component in the evolution and development of flowering plants. Insect pollinators allow reproduction of flowering plants – feeding on nectar and pollen and transferring it to other plants. After the K/T boundary event there are lots of bee fossils – and they resemble modern bees. This Cretaceous specimen is described as a primitive bee but has a lot of similarities in common with modern bees.

Numerous pollen grains on the bee show it had recently visited one or more flowers – and then became trapped in tree resin. It is assumed it accidentally flew into the sticky resin. A catastrophist interpretation might be that both bee and tree became caught up in a violent natural event which caused the spillage of the resin that enveloped the bee. As amber from Myanmar has lots of fossil insects, that would entail lots of accidental encounters with resin – leaking for an unknown reason.