On the occasion of the 100th anniversary of his birth, the Society invited its members to a special weekend meeting on the legacy left by Velikovsky and the growing popularity of scientific catastrophism. 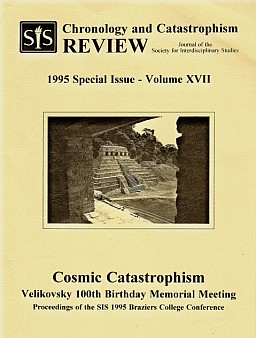 The Proceedings were published as C&C Review Vol. XVII.  The Proceedings, with complete papers, can be obtained from the SIS Book Service as a back issue.
23 May 2022